Bio on Wes Grant and MSTN: 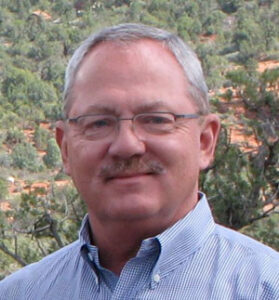 Long ago, in a distant century, I grew up in an Alabama household where shooting was the primary form of recreation. Bicycles were considered just too dangerous for children, but not firearms, bows & arrows, edged weapons, primitive four-wheel drive vehicles, dogs that bit, horses that kicked, or recreational explosives. (I did eventually learn to ride a bicycle, too, BTW.)

In my first of a series of career errors, I selected Georgia Tech as an institute of higher learning (Dang, that was HARD!) and graduated with an engineering degree of some long forgotten and never used sort. Upon graduation, I was commissioned a 2nd LT in the U.S. Marine Corps, where I flew the A-4 Skyhawk for eight years active duty and five years in the Reserves. As a military pilot, I learned the importance of checking and double-checking everything. Both flying and shooting are unforgiving businesses and flawless attention to detail is critical. During this time, shooting remained my primary form of recreation and I begin to apply what I learned about flying to the art and science of shooting. With a little money in my pocket, courtesy of Uncle Sam, collecting firearms became a passion, as well.

After enduring four years of Jimmy Carter as Commander-in-Chief, I, like the majority of my aviation colleagues, left the military to seek a career as an airline pilot. I landed at Eastern Airlines where I stayed seven years, until the handwriting on the wall indicated a jump to a then-small air freight operation (Federal Express) out of Memphis, TN., might be a good idea. Eastern was dismembered in true “Wall Street” fashion a couple of years after I left, and FedEx grew to become the world dominator that it is today. Luck triumphs.

More luck followed my move to FedEx: I learned that my neighbor was none other than world famous 3-gun shooting champ John Shaw. After taking many classes at Shaw’s Mid-South Shooting in Walls, MS, in the 1990s, I was fortunate to be able to take an advanced class with the training cadre of an East Coast SEAL Team. This led to my becoming an “adjunct target painter” at Mid-South for several years, during which my trigger time opportunities expanded exponentially.

Mrs. Grant pointed out that if I was going to spend so much time at something that I enjoyed so much, I might as well start a business and capitalize on the idea. (Not the typical spouse, right?!? More luck.) The exposure gained at Mid-South Shooting during those years to new and different modular weapons platforms being developed for the Special Ops community – plus the real flesh and blood people themselves – was nothing short of an amazing opportunity. By shooting next to the real operators I was able to learn not only what type of weapons they used, but how they used them. Armed with this knowledge, Mid-South Tactical Network (MSTN) was started in 1999. 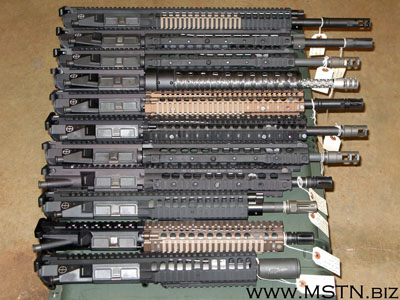 Based on the experience I gained shooting shoulder to shoulder with all sorts of special operations warriors MSTN was able to provide to the general public the hard-to-get information on state-of-the-art AR’ format weapons, night vision equipment, and long range precision rifles used by our elite warriors.

Through my working relationships with the civilian armorers at both Crane and the Navy’s DevGroup who built the precision AR’ format rifles used by elite special operators, MSTN was able to begin building exact clones of the SPRs and Recce carbines used by these warriors well before the civilian shooting world knew they even existed.

Our clones soon became even better than the real thing. Paul and I were quick to notice that there were clear improvements we could make in both the SPRs and Recce carbines that a government agency bound by red tape could not accomplish so easily. Our quest to continue making improvements in what most feel is a mature weapon design continue to this day.

MSTN was at the right place, at the right time as the new Millennium got underway. The boom in military contractors after the second Gulf War created an insatiable demand for high-speed upper receivers for Tier 1 and Tier 2 (?) contractors heading “downrange” in Iraq and Afghanistan. Word of our craftsmanship spread and active duty military shooters carried our gear into harm’s way, as well.

That these products were going to be used on a “2-way range” gave us a truly sincere, gut appreciation for the fact that there simply could be no product quality level other than the very best obtainable, regardless of cost, availability, or profit margin. Add to that the fact that I knew a lot of these warriors personally from my association with Shaw’s shooting school. That’s why to this day you will not see “good-better-best” type offerings from MSTN. Just The Best.

You should know that MSTN only uses the very best suppliers…
We’ve has been quite fortunate to be associated with many, many of the finest in the business. MSTN has been a dealer for Knight’s Armament since the 1990s, where the whole movement really started; a Nightforce dealer since 2001; one of Larue’s first and only two dealers for several years (Thank you, Mark!); Vltor’s first ever dealer (Thank you, Eric!); and LMT’s first commercial dealer for years, as well (Thank you, Karl!). We’ve also been on board with Surefire, Magpul (Thank you, Richard, and S/F!) and Geissele (Thank you, Bill!) since their early days.

Eric Kincel has since moved on to Bravo Company where his design genius can be given full reign, and he continues to generate brilliant product ideas. Precision Reflex (Thank you, Dave & Shawn!), Young Manufacturing (Thank you, Dan!), and Shapeshifter Finishing (Hi, Vince!) give us the top shelf products and service that sets MSTN apart from the rest.

I retired from FedEx in 2013 and relocated from Tennessee to Payson, Arizona. As of 2014, I am again the sole proprietor of this gig. The trade name is now simply “MSTN”. I’m currently an 07 FFL with an FFL/SOT Type 2. My thrust is still centered around custom precision AR’s plus hard use variants.

No rifle is better than its barrel. John Noveske earned our AR’ barrel business way back in 2004 and taught me a great deal about building world-class rifles. MSTN enjoys a strong working relationship to this day with Noveske Rifleworks and continues to utilize their products. Craddock Precision is now currently turning out Bartlein blanks for MSTN in 5.56, .224 Valkyrie, 6.5 Grendel, 6.5 Creedmoor, and .308. Proof Research carbon fiber wrapped (“CFW”) barrels continue to amaze with their light weight plus simultaneous precision capabilities.

In recent years, I’ve added Euro Optics, RSR, Lipsey’s, and Mile High Shooting to the family, as well as the superlative line of Spuhr scope mounts. We’ve seen the addition of V Seven, Battle Arms Development, SanTan Tactical, and 2A Armament product lines. I’m also very excited that MSTN is now a stocking dealer for Medford Knife & Tool – Thank you, Greg & Amy! The problem with MKT products is they’re just too hard to let go … I tend to keep more than my share.

OK, so what else is new?!? I’m currently selling both custom AR’ and Accuracy International complete rifle “packages” with everything you need to check into your next AO. Nightforce and Kahles are, it appears, taking over the high end optics in all disciplines, and you can get them both here. Aimpoint continues to dominate the red dot sight game, and the new ACRO should be here soon. FightLite belt-fed uppers – in stock at MSTN – give the SWAT team a compact, lightweight belt-fed upper that can run in the stack as a conventional SBR, or be called upon to deliver demonstrative fire superiority if the need ever arises. TriggerTech just came out of nowhere and took over the PRS series. Now, TriggerTech is doing the same thing to the AR’ world with absolutely amazing triggers, and I’ve got them. Lastly, a high tech outfit out of East Tennessee, Thermal Defense Solutions, is 3-D printing advanced design, incredibly lightweight, full auto capable suppressors out of Inconel (I did not believe it when I first heard it, either!), and MSTN is now their newest dealer.

Please check back often! If you have a problem with the website or see the need for an update or correction, please do let me know.